Organisational Structure a Platform or Restriction?

Structures in organisations and companies have been moulded, tweaked and benchmarked with the notion of offering its employees a platform to operate in correlation with organisational aims. Optimising operational activities such as task distribution, coordination and management dictate the organisations abilities to achieve its goals, but at what point does this mixture become a restriction?

Organisations have transitioned and shelved the traditional bureaucratic structure that occupied its workforce with rigid regimes and top-down focus to more fluid, flat and employee focused organisational makeup. While this shows great commitment by an organisation, their goals tend to remain the same and therefore calling into question the feasibility of the transition and potential restriction to the organisation’s structure.

At what point should an organisation realise that its structure is restricting its talent, growth, communication and flexibility through its misaligned structural makeup? Does this begin with an increase in employee turnover?

Where talent recognises that structure allows for rapid growth at lower levels, but tends to bottleneck at the higher levels, certain aspects of their workforce can use it as a platform to project their own careers rapidly. They simply seek pastures new when they reach the bottleneck, and move organisations.

This alone can result in knowledge drain within the organisation while potentially equipping your competition with talent you have developed. One small defect in an organisations structure can leak not only talent but also opportunities for the organisation to grow.

Another restriction can be seen by the internal focus to perfect the organisations ways of operating. Numerous communication channels, promotion opportunities, positive cultural perks can potentially blind an organisation. The organisation is so busy managing the new ways of working’, that is misses what is happening in the market and results in an inability to adjust. The idea of a structure is to put in place a platform to perform tasks; if the design is heavily focused on internal operations, it can hinder the organisations ability to perform.

Communication is the epicentre to any organisational structure. Engaging stakeholders in an optimal manner can help organisations to compete within the market but also sustain development internally. This can be done without any major pressure to its structural makeup.

Alternatively, should organisations adopt an ambidextrous approach whereby the structure is moulded towards the function of departments within an organisation ranging from rigid to fluid in its design? Such variability and complexity in organisational makeup cannot be categorised ‘as easy to do’, but require a level of understanding, analysis, customisation and alignment to the overall organisational goals. 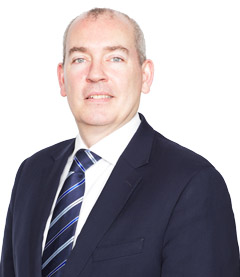