By:
Amanda Ward,
Kevin Coleman,
Claire Miller
During the second half of 2022 the Individual Accountability Framework (“IAF”) legislation is expected to be published.
Contents

The draft bill published in July 2021 contained four main parts, and particular focus has been given to the Senior Executive Accountability Regime (“SEAR”). SEAR is novel, has significant implications for Regulated Financial Services Providers (“RFSPs”) and their senior management.

Learnings from the UK and Australian Accountability Regimes

In the PRA’s evaluation of SMCR post implementation, 140 in-scope firms as well as a number of PRA supervisors assessed the impact the regime had on firms’ cultures and behaviours. Overall, the PRA found that SMCR had the desired impact of improving firms’ cultures and behaviours, while 83% of Executives surveyed also believed that SMCR had changed working practices for the better.

In addition to improved firm culture and working practices, SMCR had the following impacts:

Evaluations conducted by the APRA, as well as research conducted by two professors from Macquarie University’s Business School found that the BEAR had positive impacts on accountability in Australian banking. 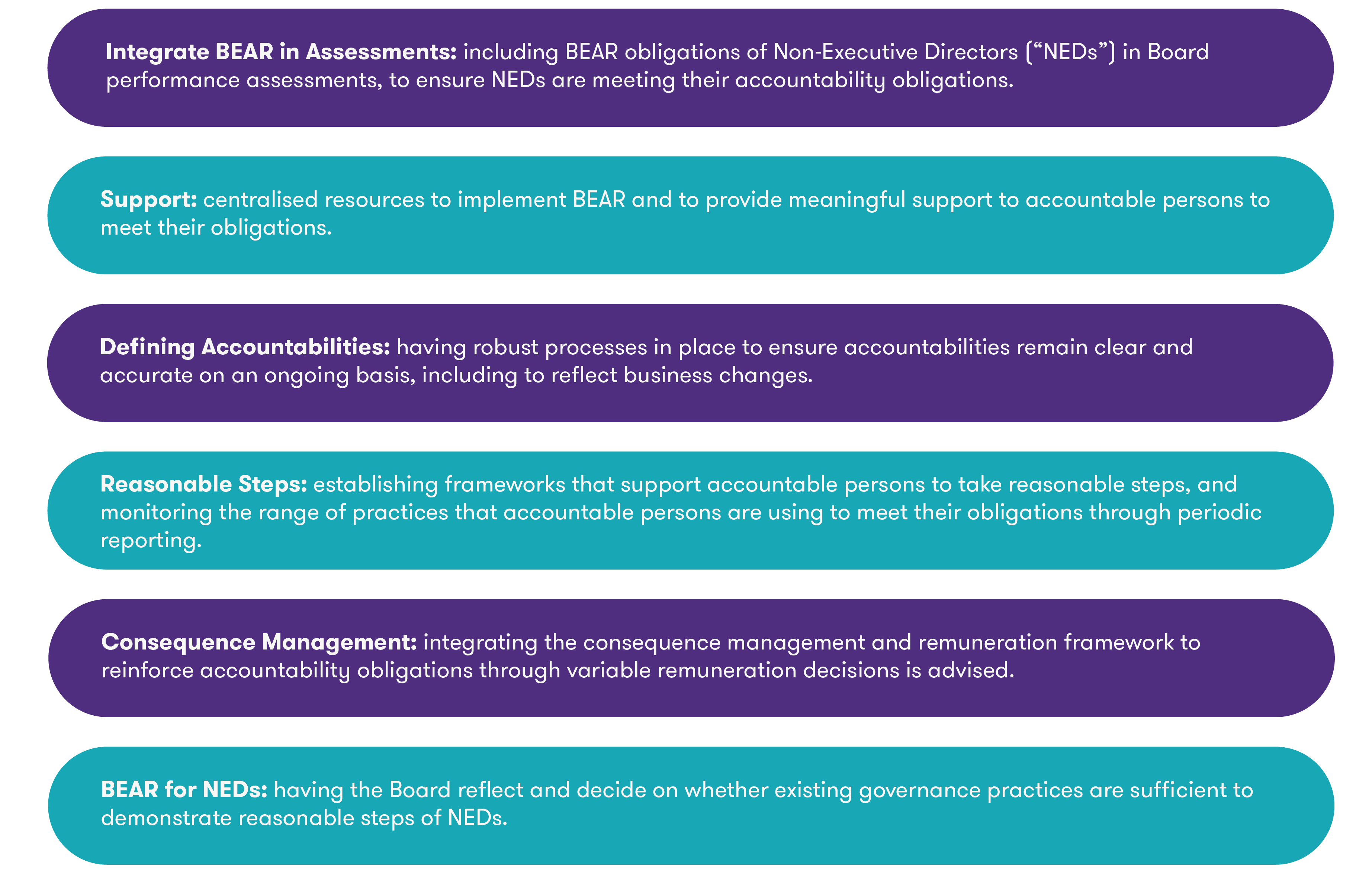 Given the lessons learned from both the UK and Australian regimes, we can see that the Senior Executive Accountability Regime is likely to have a major impact on improving organisational culture and increasing levels of senior executive accountability. Judging from the impacts of SMCR and BEAR, it is also possible that firms may not experience any difficulty recruiting for SEF roles, while their internal practices may also be improved by the introduction of SEAR. Looking specifically at BEAR, it is advisable that RFSPs establish frameworks that support SEFs taking Reasonable Steps, that centralised resources are introduced to implement the regime and that each SEF’s compliance with SEAR is included in their periodic performance assessments.

Grant Thornton Ireland are well positioned to help your firm work through the introduction of IAF and SEAR. From bespoke advice to large scale implementation projects, our subject matter experts in Conduct Risk are here to help your organisation with all things IAF-related.