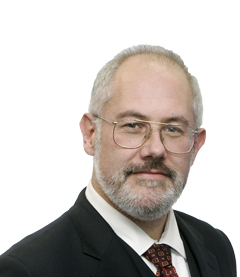 Andy joined Grant Thornton in 2009, having previously established and led the IT forensics units at two Big Four firms.

He is the most experienced computer forensics investigator in private practice in Ireland. He has completed in excess of 350 separate computer investigations for clients ranging from multinational companies and major financial services companies to small and medium sized enterprises and private individuals. He has innovated a number of important IT investigative techniques and seen them put into Irish precedent.

Andy began his career as a system analyst and administrator with Siemens in Germany, rising to computer systems manager with the company’s Kuwait Emergency Response team.

During his five years at Trinity College Dublin (TCD), Andy lectured in operations and IT management, while conducting research into process management, business process improvement and information management. He has produced over a dozen publications in these areas.

Andy is also a highly experienced “white-hat” hacker and has conducted and managed a large number of passive and intrusion tests on clients’ IT networks, both internal and external. He has been lead instructor in hacking techniques both in a big four firms extreme hacking courses and Microsoft’s trusted computing initiative.