Brexit Accounting for the impact on current and deferred tax

For entities with operations in the United Kingdom (UK) and the EU, the determination of the income tax impact on Brexit will require some significant judgements to be made. These judgements should be based on the facts and circumstances of the reporting entity after considering the tax laws and regulations substantively enacted at 31 December 2020 because any future changes to tax laws requiring legislative activity cannot be taken into account. The change in the UK’s tax status (because it is not longer a member of the EU) could also trigger the application of a different set of existing tax laws, which means changes to existing current and deferred tax balances may result. 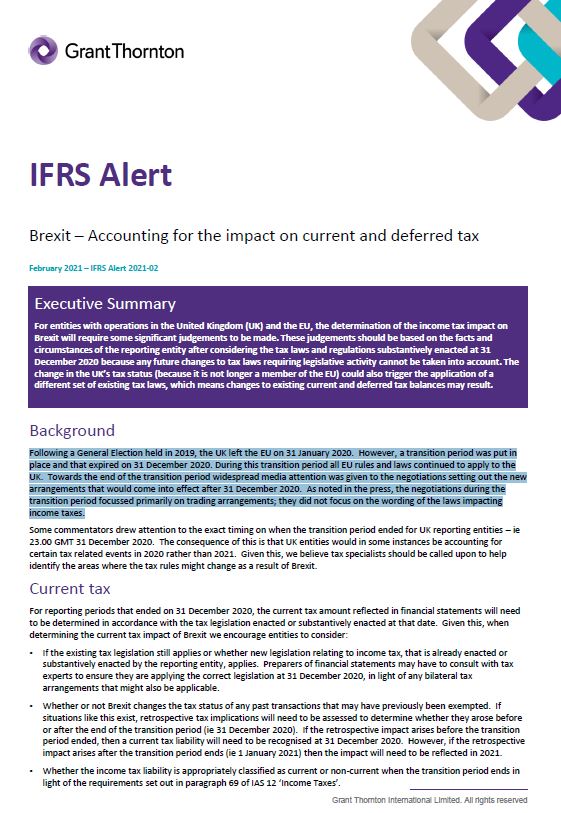