In considering business entities in Ireland, a distinction needs to be made between unincorporated and incorporated bodies.

Companies operating in Ireland are currently governed by the Companies Acts 2014. The legislation has consolidated all previous Companies Acts into one coherent act and makes it easier for companies to do business in Ireland, by reflecting a working reality for modern Irish companies.

Read the document in full 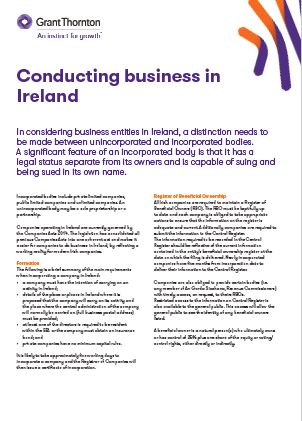