Republicans moved two steps closer to tax reform when the House Ways and Means Committee approved a modified version of its bill on Nov. 9 and the Senate Finance Committee immediately responded by releasing its full tax reform plan.

Together, these steps represent one of the biggest advances towards comprehensive tax reform since the 1986 Act. Although many questions remain, one thing is clear, the bills would result in a dramatic transformation in the way corporations with international operations are taxed. 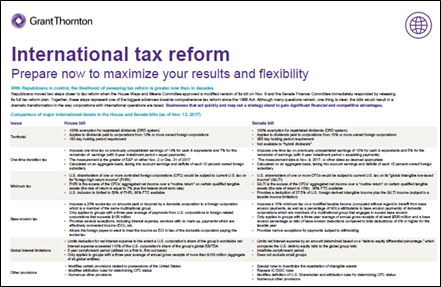