There is little doubt that Britain’s exit from the EU will have an impact on M&A activity in Ireland over the coming years. Indeed, a slowdown in the level of activity in both the Irish and wider European markets was already evident in the months leading up to the June referendum and this trend continues. In the current climate, the key concerns relate to timing for exit, currency risk and the format of new trade deals, with the rumour-mill still rife around the potential for other countries to follow suit.

While much uncertainty and speculation exists as to the format of the go-forward British–EU relationship, it is likely that a number of interesting opportunities may emerge for Irish M&A, which will help to counteract the potential negative impact of the change in trade relations with one of Ireland’s largest trading partners.

We set out below a summary of some key opportunities and threats which exist in the Irish M&A landscape post- Brexit, as well as a specific focus on certain key trading sectors.

Both 2014 and 2015 saw significant increases in deal activity, both in volume and value, at a European level, with activity depressed in the first half of 2016.

We note that market observers have downgraded their expectations of Irish short-to-medium term growth, in part due to a more cautious outlook on business investment. However, at this point, Brexit is not expected to significantly impact on M&A activity involving domestic corporates (both vendor and purchaser), who are not heavily exposed to the UK. Indeed, while Ireland and the UK have been a key focus of M&A activity, 2015 witnessed large-scale transactions by Irish companies further afield, notably Aryzta’s investment in French food retailer Picard.

There is speculation that declining multiples could also result from the uncertainties that Brexit has brought. Any valuation decreases have the potential to slow-down M&A activity, with many vendors holding fire on disposals until a clearer picture of the future can be seen. Notwithstanding, high valuation expectations could well have restricted M&A activity over the last 18 months with consistent growth and earnings causing potential vendors to place unrealistic multiples/valuations on their companies. Depending on UK exposure and other factors a drop in valuations may lead to an increased level of M&A activity, with more valuations being sought by vendors.

With ongoing uncertainty, access to debt could prove difficult as banks may become more reluctant to lend until there is a clearer picture of the future.

The impact of Brexit is very much dependent on sector and on how exposed a target company/buying company may be to the UK market. Sterling rates continue to weaken, with rates plummeting to 31 year lows against the dollar subsequent to the Brexit result. Businesses in Ireland with high exposure to sterling through exports to the UK are likely to be less attractive in the short to medium term. Indeed, without sufficient hedging, which itself is only available in the short-term, the underlying trade of such a business may be severely impacted.

Some sectors which are traditionally major drivers of M&A in Ireland, such as the heavily export dependent food sector and agriculture sector are by definition more exposed.

Sectors such as Pharmaceutical, Medical and Biotech (PMB), Technology, Media and Telecommunications (TMT) and Business Services have dominated deal activity over 2014/2015, both in terms of deal volume and deal size.

Record levels of transactions took place in the hospitality sector in 2015 due to the increasing appetite in the hotel sector by investment banks, private equity houses and other financiers. Ireland also has strong domestic buyers such as Dalata, Tetrarch and the McGettigan Group.

Playing on the Irish benefits…

Many corporates with significant exposure to the UK may seek to diversify their business and de-risk through considering a move of headquarters or a bolt-on investment in Ireland. Other European/US based companies who were looking at M&A activity in the UK may now look to Ireland as a preferred option. Indeed, UK companies may well look to extend existing operations beyond the UK to maintain an EU presence.

The similarities in how we do business (including many legal and tax structures) allow Ireland to provide the best alternative location option. Low corporate tax rates and the benefit of a highly educated English speaking workforce have always been the strongholds of FDI and will continue to be promoted.

There is already much speculation about the potential for financial services players to move headquarters to Dublin.

In summary, after an initial slowing down in the short term, the outlook is leaning more towards the positive than the negative for many sectors. Domestic M&A activity is likely to continue as normal and it is quite possible that many corporates operating in the different industries in Ireland will begin to look more attractive than its UK counterparts.

It remains to be seen whether Irish FDI and M&A can benefit from its continued EU membership, access to skilled work force, and being the only English speaking country in the EU. No doubt that even post-exit, the UK won’t stand still for long, with a lower corporate tax rate already being discussed.

We can continue to wax lyrical about Brexit but the situation remains that nothing can be determined with any degree of certainty until such time as we have further clarity on the shape of the post-Brexit world - structure of Britain’s exit and timing will be key! The expected trend is that most investors are most likely to adopt ‘wait and see’ approach in the interim. 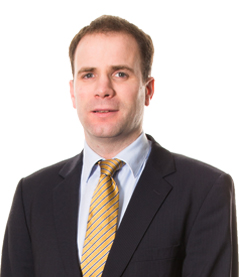 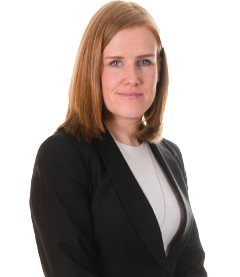