September 2019 was the worst performing month since July 2013 recording like for like declines of -3.34%. Almost all sectors across the retail industry contracted during the month with the worst performer being Footwear (-13.08%) and Menswear (-11.02%). The aggressive declines in the Footwear sector were the worst recorded since November 2009. Overall the quarter was a challenging one with July and August posting marginal gains and the quarter as a whole recording a like for like decline of -0.63%. Brexit and general political uncertainty is very negatively impacting consumer sentiment and spending. The sooner a resolution is found the better. 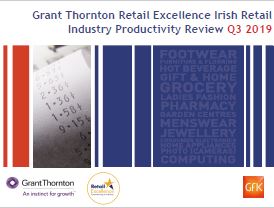