The European Commission intends that this proposal will also impact UCITS Mancos and UCITS funds. The revisions will harmonise the rules between AIFMD and the UCITS Directive in relation to delegation, liquidity risk managements and data reporting.

There will be significant debate at European level in the next 12 – 18 months. A political agreement is expected to be reached between the European Council and the European Parliament mid to end 2022. The revisions to AIFMD could be in force in early-mid 2023 with their application happening in 2025. 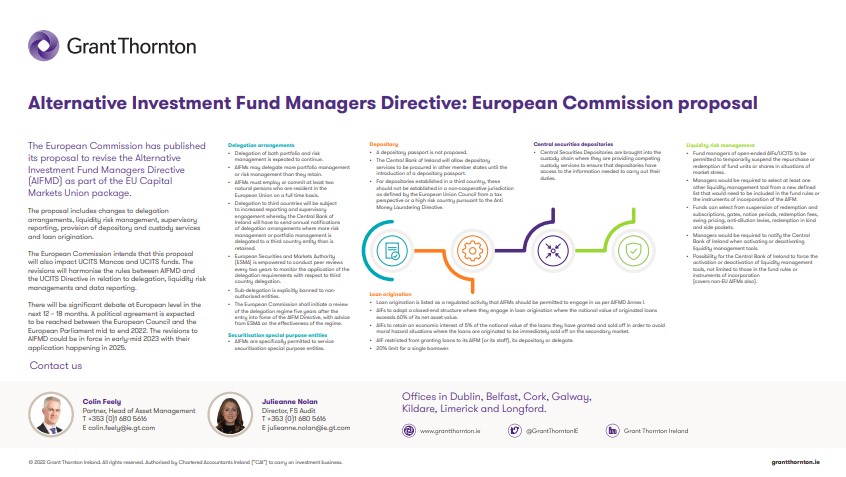