What is the Digital Games Tax Credit?

The latest Budget announcement introduced a new tax credit for the digital gaming sector. The relief will support digital games development companies by providing a refundable corporation tax credit for qualifying expenditure incurred on the design, production and testing of a game. The relief will be available at a rate of 32%, on eligible expenditure of up to a maximum limit of €25 million per project.

The section is subject to a commencement order as the relief will constitute a notified State Aid and accordingly must be notified to and approved by the European Commission prior to commencement.

The planned new tax credit for the digital gaming sector should allow Ireland to catch up with other jurisdictions (France, Germany, Canada etc.), many of which already have a Digital Games Tax Credit in place since as far back as 1998.

It is planned to offer incentives to gaming studios and developers to invest in Ireland and grow the industry in a similar way to the success of the Section 481 incentives for the film and television industries.

Over the years, video games have steadily risen in popularity. And with people looking for new ways to socialize and stay entertained during the pandemic, the trend has only accelerated. Gaming is now a bigger industry than movies and sports combined.

How the relief works

The relief will take the form of a corporation tax credit, the beneficiaries of which will be digital games development companies. Relief will be available on expenditure incurred in the design, production and testing stages of the development of qualifying digital games, provided certain conditions are met. The credit will be 32 per cent of the lowest of:

What type of game qualifies?

The first thing that should be considered is whether the company is developing a qualifying ‘digital game’. This is defined as a game that integrates digital technology, is capable of being published on an electronic medium and not less than three of the following classes of information, in digital form:

Expenditure on the design, production and testing of the digital game should be considered allowable for the purpose of this tax credit.

Development effort must be certified

The digital games corporation tax credit is subject to a cultural test, which will be administered by the Department of Tourism, Culture, Arts, Gaeltacht, Sports and Media. 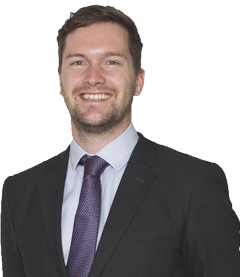