Case Alert: CJEU – C-430/19 – The Right to Deduct VAT should be permitted, even where backup documentation beyond a VAT invoice is not held on file

CF SRL is a commercial company under Romanian law, involved in the exploitation of forest resources. The Romanian Tax authorities initiated a tax audit into CF. During the audit, the tax authorities conducted a VAT fraud investigation into two of CF’s suppliers. VAT invoices were held on file for these transactions.

The authorities indicated that the commercial transactions between CF and two of its suppliers were fictitious. The authorities held that the suppliers lacked the technical and logistical capacity to provide the services that had been invoiced to CF. As a result, the tax authorities disallowed the VAT input on the supplies to CF. This was on the basis that CF could not produce “additional documentary evidence” to support VAT deduction.

CJEU Finding: The CJEU stated that;

Where an entity knowingly (or should have known) participates in fraud, the VAT input may be disallowed (see the recent Irish Tax appeal case 68 TACD 2020 applying this principal).

It is for national courts to make this determination and the evidence to be taken into account in a VAT fraud investigation should be determined by national law.

These VAT fraud rules must not “affect the effectiveness of Union law and must respect the rights guaranteed by this law, especially by the Charter of Fundamental Rights of the European Union”.

In relation to additional documents to support a VAT input deduction: “The production of such additional documents is not provided for in Article 178 (a) [Council Directive 2006/112/EC] and may disproportionately affect the exercise of the right to deduct and, therefore, the principle of neutrality, the competent national tax administration cannot, in general, require such production.”

The common system of value-added tax (VAT) must be interpreted as meaning that the taxable person receiving the invoice should not be refused the right to deduct VAT if it is unable to provide, in addition to said invoice, other evidence of the reality of the economic operations carried out.

According to the CJEU, under the principle of fiscal neutrality and legal certainty across the EU, a taxable person cannot be refused a right to deduct VAT provided they produce a valid VAT invoice. The production of additional documentation to support a claim is not required under Article 178 of Council Directive 2006/112/EC.

In conclusion, this judgement should provide reliable precedent in instances where Irish Revenue Commissioners attempt to disallow a valid VAT deduction where limited documentation is available. 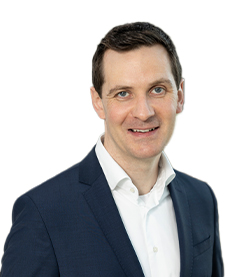