On 22 August, the ECB announced that it was adjusting its coverage rules for Non-Performing Exposure (‘NPE’). Coverage rules, which determine how much capital a bank needs to set aside to safeguard against failing loans, have been an instrumental part of the ECB’s strategy addressing high NPE levels across the Eurozone. This move by the ECB has come off the back of a new Regulation passed by the European Parliament on 25 April 2019, amending the coverage rules for NPE. The new Regulation, which only applies to NPE originating after 26 April 2019, requires:

The following is a visualisation of the regime under the new Regulation:

The Regulation represents a departure from the supervisory expectations announced by the ECB in July 2018. The ECB had categorised banks into three groups, based on Non-Performing-Loan exposure. It then sought to create a framework, which would gradually move these banks towards full coverage for Secured NPLs after 7 years and Unsecured NPLs after 2 Years. Coming into effect in 2020, the Rules provided banks a window to reach full coverage for these groups of NPLs:

In its press release on 22nd August 2019, the ECB stated that while it would align its supervisory expectations with the new Regulation, the 2018 Rules would continue to apply for any loans classed as NPE before 31st March 2018.

To ensure alignment with the new Regulation, the ECB declared that it will adopt the same rules as set out in the Regulation for NPEs originating 31st March 2018 – 26th April 2019:

What does this mean for Banks?

The new Regulation brings greater clarity to the industry for capital treatment arising from NPE provisioning. The discretionary nature of the ECB supervisory expectations (which in our experience acted more like rules) is replaced by regulation that applies to all banks without discretion (both banks directly supervised by SSM and locally supervised ‘Less Significant Institutions’ (LSIs)). The question still remains of how best to deal with the potential divergence between provisioning for accounting reports and the provisions expected for regulatory reports.

While the headlines spoke to an easing of the rules, in practice the changes are quite conservative. The main change between the original ECB Rules and the new Regulation is that, going forward, banks will have 9 years (as opposed to 7 years) to reach full coverage for NPE secured on immovable property. Given that most NPEs in Irish institutions originated before March 2018, the new rules are unlikely to have an immediate significant impact on the Irish market. However, Irish banks can expect a continued regulatory focus on NPE reduction for years to come.

What Grant Thornton can do for you

Grant Thornton has numerous teams of dedicated experts that are experienced in assisting institutions in their drive to engage with their NPE portfolios: 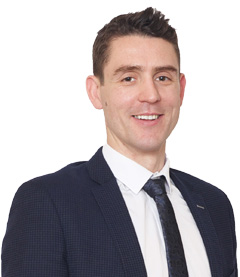