Being gay in Mexico

When I was living in Mexico I didn’t feel comfortable to come out or better said I was not 100% sure if I was even gay, I thought (hoped!) that maybe it would just disappear one day. Now I know that it is not as simple as having a cold, being gay is part of who I am and there is not a cure for it, simply because it’s not a disease.

Being gay in Mexico is acceptable depending on the city you live in, for example, in Mexico City (the Capital) the majority of the people are very open minded and they accept the LGBT+ community. Whereas, in small cities like mine (Chihuahua – Hometown of “2021 Miss Universe”), people are not as much, and I am not judging them, I know this is just how they have been raised.

Nowadays, the situation is a little bit better for the gay community in Mexico, we have moved forward. Now we can see them in high hierar-chical work positions, however, we still have a long way to go.

Fact: Same sex marriage is legal only in 15 states out of 32. Congrats to Ireland on the Referendum in 2015 for the whole country.

When working in Mexico

I worked for one of the “Big 4” back home in Mexico and I only knew one guy who was openly gay in the office, unfortunately, people would refer to him as ‘The Gay One’ and not by his name. That is one of the things that made me feel uncomfortable about coming out, it is not that I was ashamed of being gay, but about the people labelling you for your sexual preference at your workplace. I just wanted to be recognised for my job instead of for being gay. I know now that representation matters, and KUDOs to that guy, because that’s how things start to get better, when you accept yourself in front of everyone and you do your best to be a good part of the organization, people will react and respect. 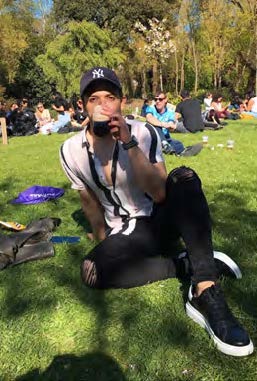 I came to Ireland in 2015 to learn English, not be-cause I was running away from being gay in Mexico (as some people back there may think). I had a really happy life back home in Mexico, actually, I was supposed to stay here only for a year but I fell in love so much with Irish guys, sorry I mean Irish culture, lol, that I decided to stay longer. I realized that things were different here, people don’t judge you, you can be whoever you want to be and they will be ok with it (at least that is my experience, I know if some smaller rural areas of Ireland that may not be the case – but times are changing there too).

I remember the year I arrived in Ireland the referendum was taking place and it was so beautiful to see all of the community and its allies fighting for the right to love whoever you want. I witnessed shows of love in the streets when singing, campaigning, dancing, etc., it was just about love and showing the world that a nation can be full of colours and acceptance.
The day that the referendum was approved, it was not just about who is gay, who is straight, who is a lesbian, we were all the same, and to see everyone celebrating and wearing the pride colours, it was magic. I am very proud to live in the first country in the whole world that made gay marriage legal by a referendum, which speaks a lot about Irish people and their willingness to just be happy and let others be happy in any way.

I first came out openly with my best friend Alex in 2017. I was so nervous because I’ve never called myself a gay man out loud, but I decided to do it because I realized people would love me for the person I am and not just for the people I feel attracted to. Then little be little I was feeling more comfortable telling people. It was not that I was shouting from the rooftops “hey I am gay”, it was just that I was not feeling uncomfortable anymore to say it.

There was a moment, when my friends and I were joking so much about it that they started to call me “Lito” as in the Sense8 character (my favourite series). There is a scene where he is in the gay parade and in front of everyone he starts to say quietly, “I am a gay man” and eventually he ends up screaming “I am a gay man”. I guess at some point all of us feel that way, it is so hard, the idea of coming out, until you do it and then the secret that you were keeping just becomes a proud fact about yourself. I love to be called Lito – Saulito.

Coming out with my parents 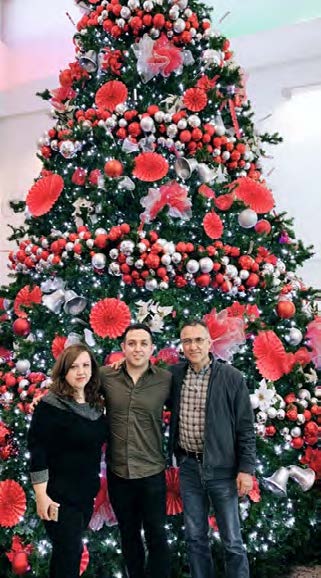 I came out with my parents just three years ago, when I was 30, two years after I first told my best friend that I was gay. It took me so much courage to do it because both my parents are very Catholic and conservative.

Even though I have always had a really good relationship with them I was afraid of telling them, now I kind of regret not telling them long before. I thought that they would stop talking to me for some time or they would get upset, sad etc., I created the worst scenarios in my mind because unfortunately many of my gay friends initially didn’t have a positive story when they came out (all of them are now fine with their families though!)…….but…. when I told my mom she gave me the longest and most beautiful speech ever. She reminded me how much she loves me and that it does not matter if I am gay or not, she even said that it would be the world against me and her if necessary. You can imagine the normal drama of an Irish mammy plus the Mexican drama. I could say that I had a nice episode of a ‘telenovela’ which means a soap-opera.

To be honest, I guess to some extent my mom knew all along that I was gay. I remember her asking for my opinion about what to wear for an event, a classic cliché about the gay son I know, but needless to say, I always had in mind the best option for her and she was always looking fabu-lous LOL. But seriously, my mom is the person that I know I can always count on, I just needed to share this other part of me that I was afraid of. When she found out that part of me, she just loved it in the same way she has always loved every single part of who I am. She was perfectly able to understand that there is nothing wrong with being gay and that it is part of the identity of the son she loves the most (I just know I’m the favourite out of my other 2 siblings). My father is a typical ‘Macho’ guy, a guy of few words, when I told him, he just asked me: Hey are u happy? I said: Yes, I am very happy! – Ok, that is what matters, if you are happy, I am too and this house will be always open for you and for whoever you are with.

That’s all I needed to hear from him, the fact that he is ok with his son and knowing that he will love him unconditionally represents much more than just some words. I know that I don’t have to hide or be afraid of the most important people in my life hearing that I am gay, because they heard it from me before and they are as proud as I am of that.

Love always wins, in all its shapes.

Being gay in Grant Thornton

GT is an inclusive company; I can feel this as a foreigner and gay person. Neither with friends from work, nor with colleagues, have I ever felt ashamed or uncomfortable to saying that I am gay. I am simply proud to be myself and proud of what I have achieved in GT. I am also proud of my Latino accent and that is thanks to the people that I am surrounded with in Grant Thornton. They do not judge or make fun, they just embrace the differences of the team and they see the person behind the accent and the sexual orientation, I don’t feel any different.

I will always remember the first time I said it at work, I was talking with with two colleages and they were like: "Hey let’s go to Coppers and maybe find you a cute girl, and I was like: mmm yep let’s go but I will look for some guys instead, and they were like: ????? are u gay Saul? Yep, I said, and they just said: oh that’s lovely, we did not have any idea but that is great that you were comfortable to tell us." Nowadays they are still part of my closest friends. It was just so natural, it felt as it is supposed to feel, just a part of yourself that you are keen to share, but not a part that will determine how people treat you. It will be always in my mind as well, the last FAAS Christmas party, I showed to Sinead Donovan (FAAS Partner) a picture of my boyfriend (now ex) and I, and she was just like: Oh Saul you are such a nice couple!

I would have never felt confident enough to show that to any of the Partners back home in Mexico even though I had a good relationship with them. Last but not least, I just want to say thank you so much to everyone at Grant Thornton that doesn’t judge. I mean when you are happy judging does not fit in your life and I just want to say that we are a happy FAAS family. Thank you for being proud of the rainbow team members, because be sure, we are definitely proud to show GT colours. My hope from this blog is even to make one other person feel more comfortable to be fully themselves and live their most authentic life. My only regret is not being true to myself earlier on in my life, but we all have our own path to go down in order to find our true selves and this was mine.