It’s been a year now since offices across the world told their staff members to bring their laptops home and continue to work from there for the foreseeable future. Few could have predicted that for a lot of people that would have been the last time they would step into the office.

For a lot of companies remote working had been on the cards anyway. With office buildings going up across cities and workforces expanding every day, companies had to start to think how they could get work done differently. This has been one of the features of the last year as many businesses were forced to take the leap and in general it has been successful.

However, now vaccines are coming on stream and there looks to be light at the end of the tunnel we seem to be faced with a different issue, how do we continue to operate going forward post pandemic?

We recently conducted a workplace survey with an organisation which found that the majority of people felt hugely disconnected, especially from the wider organisation outside of their teams. This same majority also reported feelings of isolation being one of the biggest challenges they were facing whilst working from home. We have seen this trend in numerous organisations across multiple industries and it is a concern for many Managers and Leaders.

To combat this, our People and Change team has utilised tried and tested methodologies, centred around three pillars –

Individually, these three areas all impact organisational performance and when they are all aligned, they provide a significant competitive advantage.

We believe that an organisation’s success can be directly linked to its people, and since the beginning of the pandemic, we have seen a ‘rehumanisation’ of organisations. Not only are children and family pets often making appearances during team meetings, we actually see inside people’s homes on a regular basis. Some people have even reported feeling a deeper connection with their teams than when in the office.

Things that have been long-deemed as ‘fluffy’ or ‘nice to haves’ are now top priorities for people – empathetic leaders, a people-centric culture, wellbeing initiatives, and learning and development. If people are at the heart of your remote working processes, you are already one step ahead.

Never have processes and policies had to be so flexible and agile, responding to the ever-changing needs of employees and customers. This has had a huge impact on people processes, especially recruitment, as there has never been a wider pool of talent available to choose from. Doors for those with disabilities have also been opened like never before and location is no longer a reason for not considering an applicant.

The notion of the 9-5 routine has also been turned on its head. No longer are people under pressure to be seen at their desks, people should be encouraged to work when suits them best, thereby giving their best.

Microsoft recently produced a report which stated that due to remote working, organisations can expect an innovation and creativity deficit over the coming months and years. While we might think that video meetings are all the collaboration we need, how often are we really discussing ideas or brainstorming? We know that sharing information is also essential but so is using technology to collaborate and generate new ideas and approaches. Having easy access to documentation often produces more aligned teams but the behavioural element is also critical. The People and Change team are familiar with some of the best virtual communication and collaboration tools on the market and can help teams to consider new ways of working together virtually that encourages innovation and creativity.

See our People and Change offering 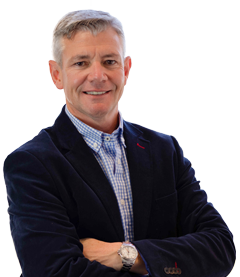