Yesterday saw the announcement of the largest ever cash injection into the economy in the history of the State. A total of €5.2 billion will be available in direct supports, across 50 measures, with the plan to kick-start the economy, through targeted schemes for businesses, workers and consumers. This package will go towards alleviating some of the concerns raised by the food industry which were captured in Grant Thornton’s COVID 19: Impact on the food industry in Ireland report, published in June.

The survey, conducted by Grant Thornton’s agri-food team, included participants from across the industry, including dairy, meat, seafood, horticulture, beverage, prepared consumer foods, wholesale/distribution, retail and food service. The report found that the greatest challenge facing food businesses is the financial loss as a result of the COVID 19 restrictions, with 55% of firms expecting a significant decrease in their revenue. Almost 30% of businesses saw operational challenges as their greatest hurdle to overcome. The majority of food businesses are capital intensive, often operating on single digit profit margins, and so declining revenue and output inevitably erodes profit margins within the industry.

The hospitality sector, which includes many food service businesses was described by Taoiseach Micheál Martin as the sector worst hit by the pandemic. Although the sector didn’t achieve the reduction in the VAT rate from 13.5% to 9% that it had lobbied for, a number of initiatives will go towards supporting businesses in this sector.

The Stay and Spend Incentive will help to encourage consumers who have been saving over the past months to return to many food service outlets, where they will receive a tax credit of up to €125 on spending over €625 on accommodation, food and non-alcoholic drinks. The pandemic saw a massive increase in savings, with a record €3 billion saved in May, however consumer spending levels have recovered in recent weeks.

The announcement of a new Employment Wage Support Scheme will come as a welcome assurance for many employers, enabling them to keep on staff through the scheme until April 2021. The flat-rate subsidy of €203 per week per employee will succeed the Temporary Wage Subsidy Scheme, however will only be available to firms whose turnover has fallen by 30%. As market conditions improve in the months ahead with the easing of restrictions, this 30% cap may prove challenging to certain sectors within the food industry.

One of the broader ranging supports announced was the 2% cut in the top rate of VAT from 23% to 21% for the next six months. Finance Minister Paschal Donohoe has insisted retailers should pass on the VAT cut to consumers, which may help to boost sales..

The Restart Grant has been increased by a further €300 million, bringing it to €550 million of available funding, of which €128 million had already been drawn down by Irish firms. The broadening of the base of eligible companies, particularly SMEs, and increased level of funding to €25,000 per company will support many businesses reopening in a new socially distanced environment.

A waiver of commercial rates for the six months to the end September 2020 will save struggling companies €600 million, particularly those operating on the much quieter high streets across the country.

The importance of managing cash flow which was stressed by many firms in the Grant Thornton report, has been noted by Government, through tax relief to offset this year’s losses against profits accrued last year, leading to an immediate refund of some or all of a company’s corporation tax paid. A new income tax relief for the self-employed who were previously profitable will also work in a similar manner.

Other initiatives announced in the July Stimulus Plan of interest to the food and agri sectors are the €2 billion in loan guarantees for businesses, the €15 million available in peatland rehabilitation which will support jobs in rural Ireland, €10 million available in supports for fisheries and on-farm renewable energy projects, along with the previously announced supports of €50 million through the Beef Support Package. 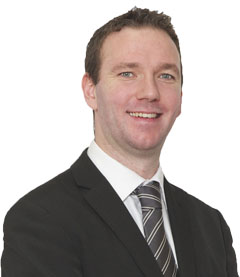