The construction sector – impact of Brexit

“Uncertain” or “Uncertainty” are two words that have been used with a great degree of abandon since the vote for Brexit when attempting to address the impact of said vote on Ireland and, in particular, on specific sectors of the Irish economy. Therefore, rather than reinventing the wheel, it is best to state categorically at the outset that Grant Thornton, cannot be “certain” as to the impact of the Brexit vote on the Irish construction sector. However, we can give an opinion which is informed by our clients’ views and actions in recent days since the result was announced.

As an overarching point the construction sector is one of the key sectors in the Irish economy employing well in excess of 100,000 people. From a governmental perspective the best we can hope for is that our Government will now actively pursue the public capital programme.

Why now and so urgently? The industry needs “certainty” and the Irish government can provide some by emphasising its commitment to the capital programme which will give local employment in the broad industry a boost. While the Government will no doubt be engaged with their UK counterparts on the macro issues they will not be able to influence specific items regarding the construction industry at such a forum.

Naturally, the fluctuations on the currency is having a significant impact on the cost and value of goods and services provided by companies where they do not have (or had) exchange hedges in place. In the case of the majority of our clients, at this stage, the currency movements has not impacted on existing contracts being worked on in the UK as they are typically through a UK registered entity and operate solely with the sterling area.

Obviously, the on-going fluctuation will drive them to either put financial exchange hedging in place or continue to have their entity (or entities) continue to operate solely in the Sterling zone.

The most obvious impact of the currency is the potential impact on the competitiveness of Irish companies trading with the UK where we may now be in a situation that the cost of our goods and services might be negatively impacted by the movements in currency. I have already observed some of our clients looking at reducing their product prices for the UK market in order to allay these concerns for their clients.

During the period of 2008 – 2011 a large number of Irish construction companies made their first foray into the UK market seeking work opportunities. Confidence and general sentiment was growing quickly in the UK market (particularly in London) at the time and many Irish firms prospered when opportunities at home were limited.

The intangible confidence has been eroded to a degree as a result of the Brexit vote as investment wavers and so builders are less certain about raising funds to carry out construction work and therefore construction contracts (and all along that supply chain) are left in a cycle of unknown.

What will those companies do? The answer to this question appears, from this remove, to be varied depending on what part of the construction sector you operate in. Some will follow their investment clients to whatever particular location they decide to place their next investment whereas another relatively large proportion will see out their existing contracts and at present are hoping that a greater degree of certainly has been provided in terms of the overall impact of Brexit so that they can decide on their next venture with greater knowledge than is currently available.

A word of caution to all operating in this period of uncertainty in the UK construction sector is that there appears to be a consensus view that the UK economy will suffer, in the short-term, which will mean that there will be less new projects to compete for. However, on a brighter note we have seen many times that the confidence dial does not take too long to turn positive again and with some clarity around UK exiting from the E.U. our construction companies will see this confidence returning.

The real impact of Brexit will very much depend on the nature of the ultimate withdrawal agreement that is signed. However, as we are today, it would appear that Ireland and Dublin in particular, may benefit from some additional Foreign Direct Investment (FDI) which would have normally gone to London. Clearly, as evidenced by the fast growing property rental figures in Ireland, we are heading towards capacity at present in terms of Grade A offices in the central business districts.

Some knowledge of additional FDI will immediately bring greater numbers of entities back to Ireland and Dublin to win some of the work that will be required should this additional FDI come to pass.

We have mentioned the supply chain already and here again it applies as it is pointless delivering the offices required to facilitate the FDI clients if the construction industry are not also in a position, or more accurately helped to be in a position, to deliver the housing and infrastructural needs of these organisations. If this were to come to pass the local construction sector could be buoyant again for a period of time!

We cannot be certain where the Brexit vote will take the UK over the coming period of time. All we can be certain of is that the result has the UK in a state of flux and with it the whole construction sector in the UK The immediate currency fluctuations have certainly moderated though there will be, no doubt, further unexpected changes in the coming month or two.

In advising our clients in the broad construction industry we can only assist them to resolve the matters that they can control at this present juncture and not attempt to deal with “unknown unknown’s” to paraphrase Donald Rumsfield. 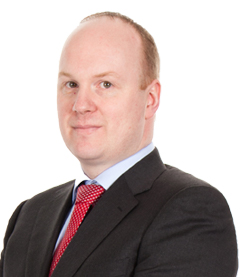