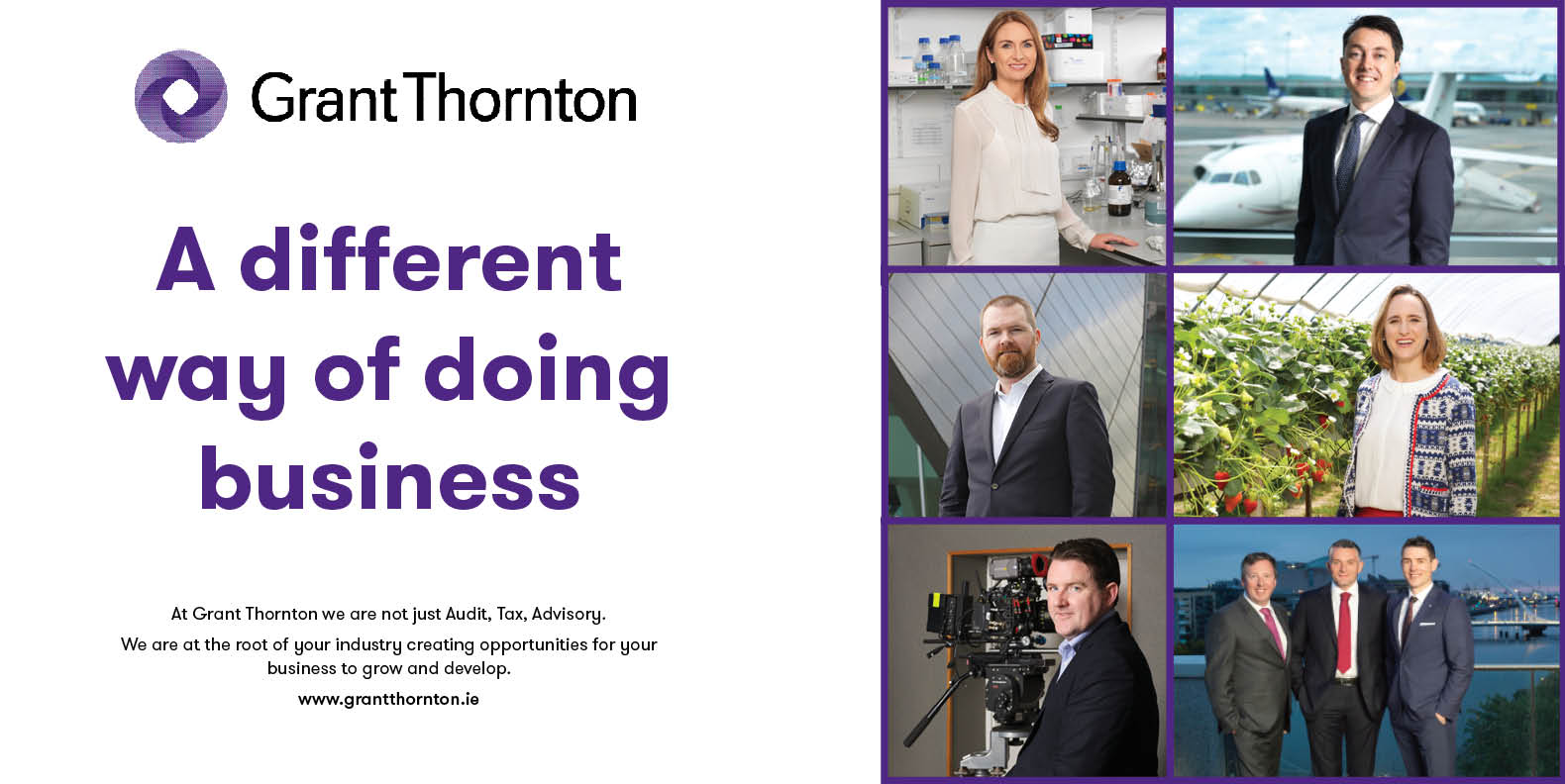 Grant Thornton previously used this channel successfully to coincide with its sponsorship of the Aer Lingus College Football Classic match between Boston College and Georgia Tech in 2016. The campaign featured partners that work alongside clients with a US presence.

Grant Thornton has been building its brand presence in the Irish market over recent years around a distinctive identity of being different.  The firm is supporting this identity by employing the tagline “A different way of doing business” as its overarching message for the  new campaign.

In this year’s campaign, each ad depicts senior partners immersed in scenes from their respective industries with a tagline that provides the essence of their division. For example, Paul McCann, Stephen Tennant, and Dwayne Price feature on a backdrop of the IFSC with the tagline “Standing side by side with your organisation”. They are partners with the Financial Services Advisory Division which works with many of the largest global corporates domiciled in Ireland.

Commenting on the campaign, Paul McCann, National Managing Partner, said, “As Ireland’s leading and fastest growing professional services firm, showcasing our top people is vitally important to Grant Thornton. We found Dublin Airport an effective platform to sell our story last year during the Aer Lingus College Football Classic campaign and have decided to use it again this year for this new campaign. A key selling point of this space is that it enables us to target business travellers directly”

The campaign was booked with the DAA advertising department by Grant Thornton. The photography was taken by Emily Quinn and the creative produced by the Grant Thornton brand and design team.