The startling figure was announced in Belfast today at the official launch of the findings from Grant Thornton’s International Business Report (IBR), a global survey of over 2,500 business leaders in 36 economies.

The largest cost to the Northern Ireland economy is that of traditional crimes becoming ‘cyber’ – crimes that were traditionally offline and are now online – which stands at £45.51m. This includes tax fraud (£37.7m), welfare fraud (£6.14m) and tax filing fraud (£1.67m).

“Cybercrime dominates media coverage and Northern Ireland is no different. Data breaches, online fraud, copyright and patent infringements are costing the Northern Ireland economy almost £17 million annually in the clean-up process. That doesn’t include the downtime in business operations and systems.

“With computers being used to perpetrate fraud and cyber-attack they also hold the evidence.

“Grant Thornton is offering private and public sector organisations an all-island, one stop shop, from e-discovery to support litigation and investigations to computer forensic services in proving digital frauds such as digitally manipulated or deleted documents.

“Financial crime is increasingly perpetrated by cyber-attack and our clients need assistance to establish the facts, investigate the issue and assess the insurance position.”

On a global level, one in six businesses surveyed have suffered a cyber-attack in the last year, with nearly half of all firms putting themselves in the firing line with no comprehensive strategy to prevent digital crime.

The Grant Thornton IBR survey also revealed that, globally, the sector most concerned by the threat of a cyber-attack is financial services, with 74% of businesses saying it is a threat. Transport firms are the least concerned – just 27% perceive it as a threat.

“This report highlights the need for businesses at every level to protect themselves from the threats posed by cybercrime. Police are committed to investigating reports of online criminality but in many cases the damage has already been done. We need a collective approach to dealing with this type of criminality and protecting businesses from becoming victims.

“I would encourage businesses, whatever their size, to take pre-emptive action by signing up to Cyber Essentials, a Government-backed scheme which provides clarity on good, basic cyber security practice.

“I would encourage companies to join the Northern Ireland section of CiSP, a joint industry and government scheme which enables its members to exchange information on threats and vulnerabilities as they occur in real time.

“Local businesses can also report cybercrime online. Go to the PSNI website www.psni.police.uk and log details about cybercrime by clicking on the icon on the homepage.”

“With data and its storage increasingly playing an important role in business, it has become a valuable commodity which is spawning the rise in cybercrime and the associated financial implications to organisations across Northern Ireland.

The launch of the IBR findings follows the recent opening in Belfast of Grant Thornton’s new Forensics and Investigation Services Unit, which provides the full spectrum of capabilities.

“Grant Thornton has been the market leader in forensics in the Republic of Ireland for many years. The establishment of the Forensics and Investigations Unit in our Belfast office has leveraged this expertise and strengthens our proposition to both new and existing clients.

“This is an important step for the firm in Northern Ireland, which is experiencing significant growth and has ambitious expansion plans going forward.” 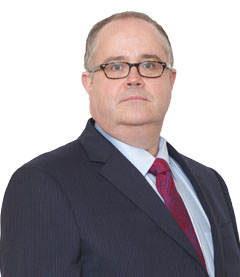 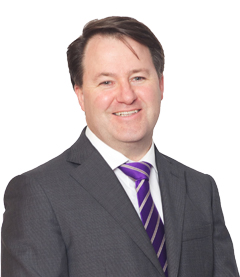 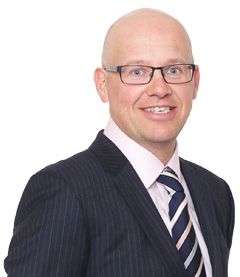