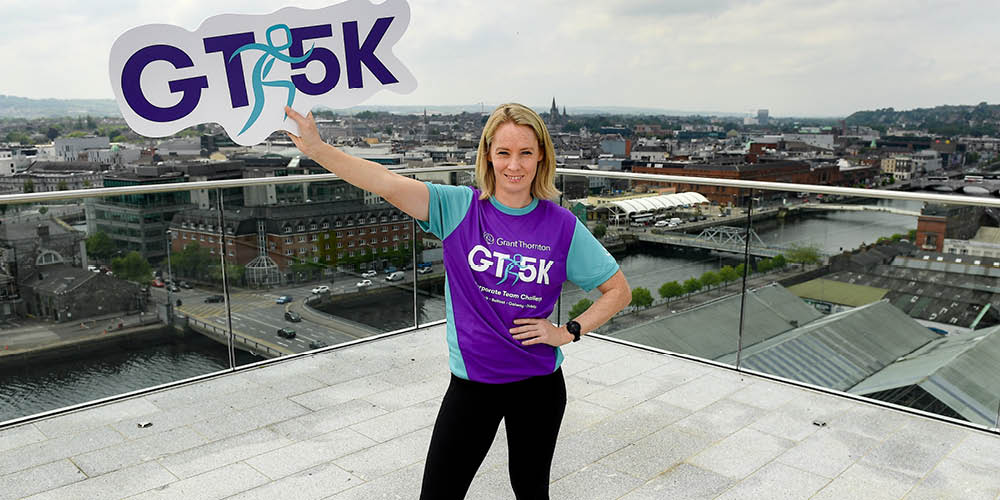 The 2021 GT5K, usually run in Dublin, Cork, Galway and Belfast, will take place virtually for the second year, allowing for runners from all over the country to take part on the 8th September. This will be the second time the race is held virtually to ensure everyone can participate in this exciting event in a safe manner.

This year marks the milestone 10th year of the GT5K, which has grown from one event in one location to, in pre-Covid times, four separate 5K races with over 8,000 participants, covering each province in the country.

Last year’s virtual event saw runners participating from much further afield for the first time, including runners taking part in the UK, the US and The Cayman Islands.

The race will be open to individuals and teams of four which can be made up of corporates, families, sports clubs and anyone who wishes to enter a team. Participants will be invited to complete the 5k at any time on the 8th September and upload their time to a live leader board by midnight the same day.

Grant Thornton Ireland is delighted to announce the race ambassador for this year’s 5K  is three-time Olympian Derval O’Rourke who will be joined by a ‘social-squad’ of  regional ambassadors for the event to encourage teams around the country to get up and get active. The first members of the  ‘squad’ have been named as Boidu Sayeh, Westmeath footballer and Tom Daly, Connacht Rugby player, watch out over coming weeks for additions to the GT5K social squad and their tips on getting active.

Commenting on her involvement in the GT5K, Olympian Derval O’Rourke said: ‘I am delighted to be an ambassador for the GT5k. During these Covid months so many people have benefited both physically and mentally from either walking, running, or cycling 5k. Myself? I fell back in love with running (don’t forget to stretch before and after!) and I am looking forward to running this 5k on September 8th”

The race series, which is the country’s largest and longest-running corporate event, encourages social running amongst Ireland’s business community and welcomes all abilities, from beginners to experienced runners.

Grant Thornton Ireland has also once again partnered with the Alzheimer’s Society of Ireland for this year’s event to help raise funds for the charity. Commenting on the GT5K launch, Managing Partner, Michael McAteer said ‘The GT5K is a hallmark of the Grant Thornton commitment to supporting a healthy workplace, and is something we encourage all businesses to prioritise. Again this year the run is open to all so we’re inviting all of our employees, clients, corporate teams and their families, clubs and teams to lace up the trainers and get active over the summer.  This will benefit not only their own wellbeing, but also support the Alzheimers Society of Ireland and the Athletics Ireland junior athletics programme whom we have partnered with again this year for the event.

Traditionally, this has been an incredible team-building event for corporates throughout the country, and now more than ever, we hope that the virtual GT5K will strengthen teams in a fun and exciting way.’

To enter the race register at www.grantthornton.ie/gt5k. Individuals or teams can register, and teams can compete in one of the three categories: male, female, or mixed. The entry fee per person is €10 + booking fee or €40 + booking fee per team. All participants will receive a GT5K t-shirt to add to their collection – or start it!

Speaking at the launch Hamish Adams, CEO of Athletics Ireland, said “We are delighted to be working with Grant Thornton in building on the success of last year’s virtual GT5K Corporate Team Challenge. Everyone can once again take part in this year’s event irrespective of location, and in doing so you will be supporting a wonderful cause in the Alzheimer’s Society of Ireland.”