Businesses leaders globally are less optimistic about the economic outlook, despite continuing rises in expected revenues, indicating that the global economic cycle may have peaked - reveals the latest research from Grant Thornton’s International Business Report (IBR), which includes the views of senior business leaders in Ireland.

Despite the backdrop of looming US interest rate rises, ongoing trade disputes and the end of quantitative easing in the EU, businesses are not taking steps to structurally invest to counter the risks the next stage of the economic cycle present.

The IBR finds global business optimism in Q2 2018 was a net 54%, a drop from the record high net 61% figure reported in Q1 2018. Some of the largest drops in optimism were seen in the EU, where optimism for the region fell from net 60% to net 46% with Ireland showing a net 42%, a drop of 28pp on the previous quarter. Optimism was down in the region’s three biggest economies. French business optimism was down 37pp to net 38% and in the UK it dropped from net 31% to net 17%. In Germany it dropped 6pp to net 74%.

“The mood among Europe’s economic heavyweight economies typifies the wider region. We know from our own research that eurozone businesses rank the rise in nationalist political parties as the biggest threat to economic stability – above Brexit concerns. These figures suggest recent political developments in countries such as Italy have taken a toll on the outlook for firms.”

“Whilst the uncertainty of Brexit is undoubtedly having a negative impact on business sentiment among business leaders, the myriad of issues impacting employee recruitment and retention is weighing higher. The underlying economic success we are achieving is being frustrated by the consequence of almost full employment. The cost and disruption to business to longer recruitment timelines, higher staff turnover due to greater employee prospects is, when added in real wage inflation across all sectors, dragging down business sentiment. The lack of available and affordable accommodation is adding significantly to the hiring and retention of staff and attracting talent from overseas.”

Among the world’s two biggest economies, there was a divergence between the US, where optimism dropped 11pp to net 78%, and China, where it increased 14pp to net 79%.

However, businesses remain confident about their own performances over the next year, with many having a positive outlook for revenues. Globally, a net 59% of businesses expect an increase in revenue over the next 12 months. In the US, revenue expectations increased to net 76% from net 61% and in China they rose to net 62%. In Ireland, the figure declined marginally to net 74%.

Businesses are not taking advantage of the rising revenues the global economic recovery has provided to invest for longer term structural growth. Investment indications have held stubbornly flat despite rising revenues, research and development is steady at 22% but higher at 36% for Ireland; investment in technology increased by 1pp to 48% yet climbed 8% for Ireland to 74%; investment in plant and machinery increased 4pp but declined for Ireland by 8pp to 44%; investing in new buildings experienced a steady global increase of 2pp but again decreased in Ireland by 12pp to 20%. Expectations for increased investment in all these areas have remained the same over the past two years.

When asked about a range of possible growth initiatives to implement during the next 12 months, businesses said the following were most likely; plans to expand the business domestically (56%), plans to increase investment in marketing (48%) and sales effectiveness (48%).

“There is a sense that 2018 may be as good as it gets for the global economy. Optimism has clearly been dented after two years of it steadily climbing. However, businesses and policymakers need to look at how they are preparing for the next phase of the global economic cycle. At the G20 finance ministers meeting in Argentina, helping businesses to invest for structural growth should be high on the agenda.

“Despite the small quarterly uptick in investment expectations, businesses are not increasing their levels of investment to a point which will help them ride out the economic shift economists predict we are about to see. Even with increased revenue expectations, they are not making plans to invest for structural growth. This could exacerbate the impact of any downturn if these predictions come to fruition.

“If we are entering the end of a global cycle, businesses need to rapidly increase their investments and put their expected increased revenues to work to fix the roof while the sun is shining.”

The need to invest is highlighted by the fact that access to skilled workers is seen as the biggest constraint to growth by 40% of businesses globally.

Emerging markets are also increasingly wary of the impact rises in US interest rates might have as the proportion of businesses citing exchange rate fluctuations as a concern is increasing in many emerging economies. In emerging Asia Pacific, 35% cite it as a constraint, up 5pp from the previous quarter. This is driven by Malaysia (up 18pp to 48%), the Philippines (up 8pp 42%) and Thailand (up 2pp to 28%). Outside the Asia Pacific region, Brazilian businesses also have an eye on exchange rates with 33% citing it as a constraint (up 29%). 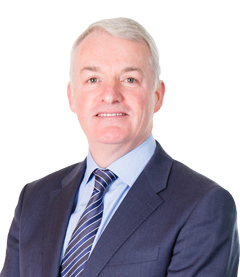