“It’s really important that you have females on the strategic committees that are driving our organisations, that are making the decisions. Improved gender balance filters down from the way your senior committees are running the business. The balance at board level is really important to make real change.” Sasha Kerins, D&I lead, Grant Thornton Ireland

Grant Thornton Ireland began its journey towards greater gender parity in leadership in 2016, but it is over the last 18 months that focus on the issues has really sharpened. Also, from 2020 onwards, it is one of the managing partner Michael McAteer’s key goals. “The gender diversity of teams is assessed by him on an annual basis during partners’ annual reviews. As a result, partners are encouraged to keep a lens on this area, track the balance within their teams and identify areas for improvement,” says Sasha Kerins, tax partner and diversity and inclusion (D&I) lead for Grant Thornton Ireland.

Gender split is also high on of the agenda when nominating staff for senior level promotions. “As a result we’ve seen success at two levels: culturally, in that leaders in the firm are very aware that this is something we’re focusing on; and in the flex in gender balance within senior roles,” says Kerins.

Only concerted, deliberate action will catalyse change, and this has been concentrated on, policy focus, initiatives around role models, and awareness of where current gender statistics sit. The firm recognizes that in order to be impactful, any initiative has to be rooted in the data – and if the numbers don’t move, then the initiative needs to change.

Specific female leadership programmes, which branch out across the different levels of the organisation and then feed into a broader senior leadership programme, are proving effective. ‘Aspire’ is aimed at supporting female candidates from associate director to director level, while female assistant managers are targeted by the more condensed ‘Accelerate’ initiative to move them through the promotion pipeline.

Breaking down language barriers to diversity

As part of its drive to create greater gender balance, since 2016 Grant Thornton Ireland has focused on the way job roles are described – both from the point of view of our recruitment campaign and staff members carrying out the interviews – in light of how different genders respond to different language. This has resulted in a cultural shift in both the hiring policy, and the wider firm, with unconscious use of nuanced language for male and female colleagues – ‘passionate’ as opposed to ‘emotional’ – being called out.

Tracey Sullivan, Grant Thornton Ireland’s newest female partner, is a strong advocate of pushing through the ranks and bringing other females with her. She attended the first Grant Thornton International D&I conference in Rome last year and is passionate about the subject. “I joined Grant Thornton in 2012 as an associate director, and was promoted to director within two years. I was working my own portfolio of clients, and then went on the crucial journey last year to become an audit partner. At Grant Thornton I have been lucky to have strong male mentors who have pushed me, who have seen something in me that I didn’t necessarily see in myself. Women won’t always put themselves forward, so having strong mentors that give you the tap on the shoulder and say, you can do this, is very powerful. It’s something I’m conscious of with my own team.”

“We’re bringing women in on the leadership journey at a much earlier stage and making them see that it’s achievable, that they can be a senior leader within the organisation – and what’s required to get there.” Sasha Kerins, D&I lead, Grant Thornton Ireland. 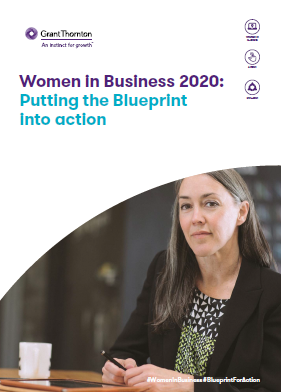 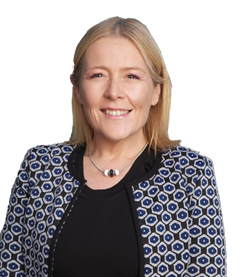