The REI statistics for the second quarter of 2017 Vs the same quarter in 2016  are marginally positive overall after taking Easter and other contributing factors into account. There are some sectors where trading is still down on the previous year.

Increased wage costs are the big issue for most retailers. The benefits of the marginal increase in turnover are being eroded by an increase in wage cost. This has being a common trend in the industry for the past 2 years with wage costs increasing year on year. The proposed increase in the minimum wage is certainly not going to help matters.

It is particularly difficult now that at the first sight of positive trading the government plans to add to the burden by increasing wages which are by far the biggest cost for the retailer. This will result in retailers failing and in doors being closed. The effect cannot be understated. 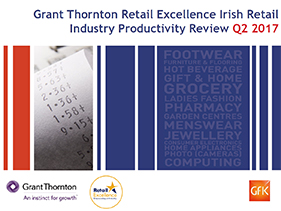