The Central Bank of Ireland has recently issued a Q&A clarify its approach in relation to the requirement under EMIR to exchange variation margin in respect of non-centrally cleared OTC derivatives, effective from 1 March 2017. While noting that the legal obligation to exchange variation margin is effective from 1 March 2017, the Central Bank has clarified that:

On 7 March 2017, the Central Bank wrote to all Irish regulated Fund Administrators setting out their observations and recommendations following a series of themed inspections on outsourcing arrangements of Fund Administration Activities carried out during the first half of 2016. Find out more

For many years, preparers and investors in the asset management industry felt that consolidating the financial statements of an investment entity and its investees does not provide the most useful information. Consolidation made it more difficult for investors to understand what they are most interested in – the value of the fund’s investments. IFRS 10 provides an exception to consolidating particular subsidiaries for investment entities. The exception requires an investment entity to measure those subsidiaries at fair value through profit or loss. The implications and interpretations of the key requirements of IFRS 10 has been a hot topic for our clients in recent months. Find out more.

Up to Finance Act 2016, Form S.110 was required to be filed no later than the company’s first corporation tax return. With effect from 1 January 2017, a Section 110 Company must notify Revenue within eight weeks of entering into its first transaction. A company that intended to be treated as a Section 110 Company and entered its first transaction before 1 January 2017 but had not filed a notification by 1 January 2017 would strictly be required to file a Form S110 by 25 February 2017. However, Revenue issued guidance indicating that those taxpayers will be given until 19 April 2017.

Companies notifying Revenue of their intention to be treated as Section 110 Companies must now provide additional information to Revenue in the Form S110, including information on the type of transaction into which the company is entering, the assets acquired and details of how the company is funded.

A company that notified Revenue of its intention to be a Section 110 Company on or after 1 January 2017 may have filed the old Form S110 and included the additional information required under Finance Act 2016 in a cover letter. The new guidance indicates that those companies should re-submit the information in the new Form S110 by 19 April 2017. Find out more 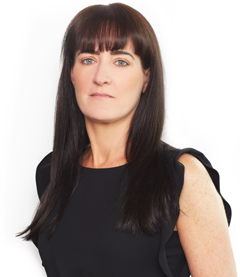