The Central Bank of Ireland advised on 12 December 2016 that it is in a position to accept applications from Irish domiciled UCITS and AIFs to invest through the Shenzhen-Hong Kong Stock Connect (“Shenzhen Connect”) programme, which launched on 5 December 2016.

Shenzhen Connect is a joint initiative between the Stock Exchange of Hong Kong (“SEHK”) and the Shenzhen Stock Exchange (“SZSE”), as well as their respective clearing entities, and enables international investors to purchase shares listed on the SZSE.

These AIFMD Consistent Regimes will be of particular interest to managers and funds looking to access European investors, whether using existing national private placement regimes or looking to keep open the option of using an AIFMD passport at some point in the future.

The New AIFMD Regulations will be brought into force by way of a separate commencement order, which is anticipated to be published and take effect sometime next year.

On 19 December 2016 the Central Bank of Ireland published its final guidance for fund management companies on managerial functions, operational issues and procedural matters together with its feedback statement on CP 86 (Third Consultation). This concludes the work of CP86 which has been ongoing since 2014 and comprised three separate consultations which focused, in particular, on governance, compliance and effective supervision.

This feedback statement has been eagerly anticipated, with the main area of contention being the location rule for directors and designated persons, which the Central Bank of Ireland had proposed in their June 2016 third consultation. In this regard the feedback statement brings some welcome relief which will make the location rule much more workable for all concerned.

In addition the Central Bank has also updated a number of its Q&As.

The relevant updates can be found at the below links:

ESMA has recently published a number of updates and consultation papers including:

The changes that impact on section 110 companies have been well flagged in advance and are broadly in line with the draft legislation previously published and noted in our October 2016 Asset Management Update. These changes broadly relate to the restriction of deduction of interest paid on profit participating loans where they are used by section 110 companies in relation to Irish property-related transactions. In order to ensure that bona fide securitisations are not negatively impacted by the changes, such transactions are exempted from their application, which is obviously welcome.

The Irish regulated funds changes impact only on a fund to the extent that it meets the definition of an Irish Real Estate Fund (‘IREF’), a new concept.  An IREF is a QIAIF in which 25% of the value of its total assets at the end of the prior accounting period is derived directly/indirectly from Irish property assets (‘IREF Assets’).  Where a fund’s holding of IREF assets is below 25%, it may also be regarded as an IREF where ‘it would be reasonable to consider that the main purpose of the… [fund]…was to acquire IREF assets or to carry on an IREF business’. It should be noted that the vast majority of Irish regulated funds (including all UCITS funds) will fall outside of the definition of an IREF and will therefore not need to be unduly concerned about these changes.

An IREF will be required to apply a withholding tax on any ‘taxable events’ (which will broadly include distributions, redemptions, disposals of units etc.) to the extent that any income/gains arising from such taxable events relates to income/gains from Irish property related assets/activities.  One important exemption is however that gains from actual real estate, where held for a period of at least 5 years, will not be included in this calculation.  The calculation itself is quite complex.  This withholding will apply to all IREF taxable events taking place post 1 January 2017 (and will therefore also include any IREF profits/gains which have arisen prior to 1 January 2017 but are distributed only after that date).

The withholding will generally apply in relation to payments to investors who would otherwise be exempt from Investment Undertakings Tax (‘IUT’) and will therefore not be relevant in the case of Irish resident investors (individuals, corporates etc.) who remain subject to IUT.  Exemptions to the new withholding are limited but note that certain EU regulated life companies, pension funds and investment undertakings and their Irish equivalents may qualify for exemption either at source or by way of reclaim.  An investor resident in a treaty country may reclaim any excess withholding tax down to the rate specified in the terms of the particular treaty but the ability of investors holding greater than 10% of an IREF to make a reclaim will be restricted.  For more information contact Billy McMahon 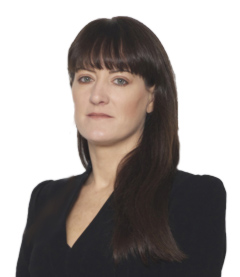