Updated ESMA Q&A on the application of the UCITS Directive

On 1 February 2016, the ESMA published a consolidated version of its Questions & Answers (Q&A) on the application of the UCITS Directive. The amalgamated document brings together the ESMAs Q&As on UCITS with regards to:

The consolidated Q&A has also been updated to include new questions on additional documents funds need to provide under UCITS V by its 18 March 2016 transposition date. Find out more

An amendment was passed to the Mutual Funds (Annual Returns) Regulations 2006 (the Regulations), requiring that additional information be added and reported via the Fund Annual Return (FAR) form which accompanies the audited financial statements of Cayman Island Monetary Authority (CIMA) regulated funds.

Although the amendments may be viewed as not being any more onerous than current reporting obligations under Annex IV or Form PF, the new requirements will nonetheless lead to additional obligations on funds and increased information gathering exercises for preparers of the FAR form. Find out more.

CRS is now live in Ireland with effect from 1 January 2016. Additional guidance notes were issued by the Revenue Commissioners in January which provide clarity in respect of information to be obtained and reported. All financial institutions and entities in scope of CRS, if they have not already done so, should promptly assess their positions and complete a GAP analysis of how CRS affects them compared to FATCA, as there are material differences between both regimes. Find out more

Expenses for foreign based directors

Following extensive lobbying and industry discussions, Finance Act 2015 which was enacted in December, introduced provisions exempting from PAYE vouched expense payments for foreign based non-executive directors of Irish companies for travel to board meetings in Ireland. This was an about-turn by Revenue who had previously argued that such payments should be taxable. This change took effect from 1 January 2016. Find out more

As a reminder, fund managers relying on the exemption from registration with the US Commodity Futures Trading Commission (or the “CFTC”) under Rule 4.13(a)(3), commonly referred to as the “de minimis exemption,” must affirm their claim of exemption by 29 February 2016. The affirmation process should be completed online through the NFA Exemptions System. Find out more

Ensuring that the interests of consumers of financial services are protected continues to be a key priority for the Central Bank as reflected in their mission statement of “Safeguarding Stability – Protecting Consumers” and in the strategic objectives. The Consumer Protection Outlook Report (CPOR) is published each year within the context of their Consumer Protection Strategy “Getting It Right for Consumers”, which is delivered through the CBI’s overarching 5Cs consumer protection framework. 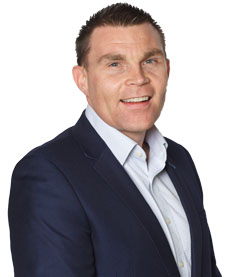