Since joining the Financial Accounting and Advisory Services (FAAS) team in Autumn 2014, I’ve had a wide variety of roles. I have been lucky enough to have gained some fantastic experience while working in both the Effective Financial Reporting (EFR) and Global Compliance and Reporting (GCR) sections of FAAS.

My first significant engagement in FAAS was preparing year-end and interim statutory accounts under IFRS and US GAAP for one of the largest fund service providers in both the Irish and International Market. This was quite a challenging project for me as I was new to the area of fund accounting and therefore was a serious learning curve. During my 4 months on client site, there was constant communication between the team and the client in ensuring the timely completion of agreed deliverables.

I’ve also worked as assistant to senior EFR colleagues during an assignment which involved engaging with management of a large multi-national car and van rental company to analyse and advise on improvements to their reconciliation process.

During my time with the GCR team, I was working on a variety of projects ranging from large multinational audits and control testing to the preparation of company stats for smaller Irish entities.  During busy season, I was involved in the planning, co-ordination and completion of company audits for French, English, Norwegian, and Spanish entities and also EMEA and APAC audits. These audits were for clients in the entertainment, retail and telecommunications industries.

One key thread across all the branches of FAAS is the importance of teamwork. From day one, management encouraged me to really develop my teamwork skills and learn the importance of effective collaboration especially while working on client site. This assisted us in ensuring that nobody was left behind on a project and that our overall goal of delivering a successful project was achieved.

It’s not all work and no play in FAAS though. We have a great social committee who organise several nights out and some fun team building activities including Jailbreak Wicklow and partaking in the Barretstown Sports Day (our chosen FAAS charity) which was great craic! 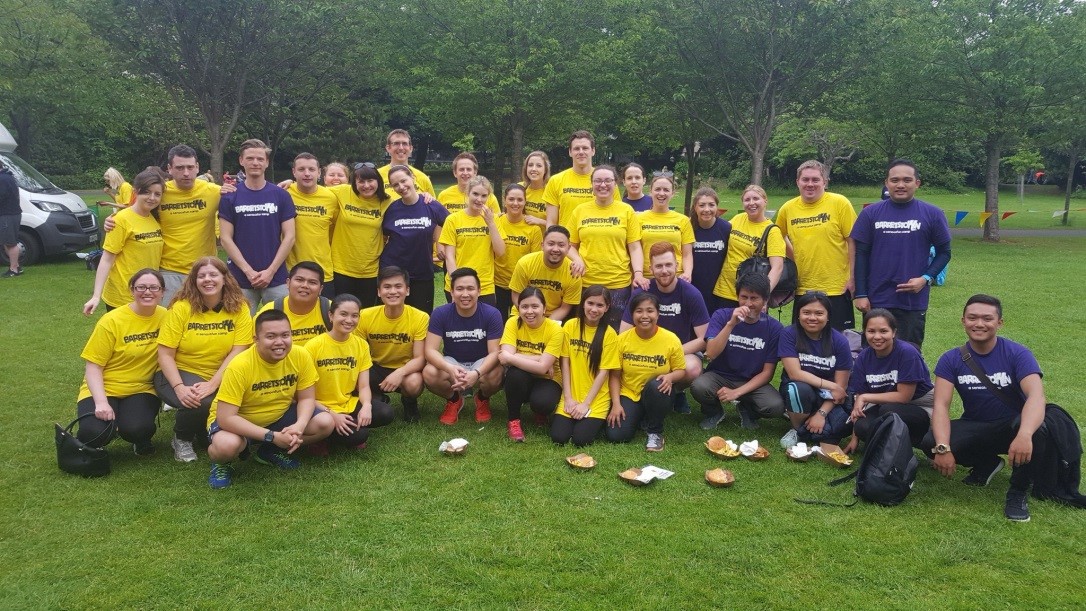