Sinéad Donovan, Partner, talks about her career and the importance of diversity in the workplace

I joined Grant Thornton in 2002, coming into what was at the time a 100% male partnership. I didn’t want to be hired solely based on my gender. However, when I met with the team of partners I found this was not the case, I was incredibly sold by Grant Thornton – by their vision, their growth story and their growth ambitions.

For me, up to that point, my gender had probably almost been an advantage in that I was different to the others. I was able to use that difference to make a statement and to promote the firm in a diverse way. And that was all very positive.

However, I eventually did experience the challenges of being in a minority group. The reason I say this – is that when you are in a minority group, by definition, the majority are operating in a slightly different way and have different beliefs or directions which can lead to a risk of group think. When you’re in the minority, you need to be able to find a way to vocalize and demonstrate your thoughts, views and desires without being seen as combative or overly defensive. This can be difficult as whenever someone challenges the “norm” there can be an impact.

As the first female partner, I was the solo woman at the partner table for two years, and when I became pregnant in 2008, I was the first female partner to bring this challenge to the table! This was very definitely challenging the “norm”. Their traditional view of a partner was male, he would be there forever and family would not interrupt that tenure. I soon discovered there were no maternity leave provisions for Partners in the partnership agreement at that time.

So I had quite a challenging period of two years, where I had to navigate the new experience of having a young family and being a partner at the same time. I also had to work with the other partners to get maternity provisions into the partnership agreement. So there were a few challenges and there were some deep-rooted opinions that I had to try to overcome. I regret to say there was probably a point in time where I got a little bitter, a bit insular and a bit angry. I went in on myself and I went in against some of the people that disagreed with me. Not necessarily the right reaction but one that I now understand.

Thankfully at this time, I was able to identify two or three mentor figures. People who understood what I was going through and who were able to help me – not promote me, not fight for me – but were able to help me and be a support for me as and when I called on them. That would be my first piece of advice for anyone in a minority situation who may be challenging the norm – try to identify one or two senior people or peers who you can open up to and who will work to support you. The second bit of advice would be to call on your support group often. I didn’t call on mine enough because I felt that to call on them would be a sign of weakness, so I struggled on my own. To ask for help of a mentor or peer is not a sign of weakness. It is actually often the most important thing you can do.

My final bit of advice is something I wish I had done 10 years ago and that is I wish I had the confidence to be my whole self. At that stage, I was a mother of very young kids and I so wanted to be involved in their young years. But I didn’t have the confidence to say that out loud and I really wished I did. In hindsight, by not doing that, I was not a good role model for other females coming up. All I’d say now to people is, if you have any inner concerns or worries about being in a minority grouping, please try and find somebody to talk to because it can be a lonely place but it doesn’t need to be.

I am now a partner in the Financial Accounting and Advisory Services (FAAS) team. In 2012, myself and two fellow partners set up this business unit which offers accounting services to multinational companies and in particular complex, centralized finance functions. I have served on the management committee of the firm and am currently responsible for the Sales and Marketing team.

I believe every business needs to have an inclusive culture. This to me is the ability to bring your whole self to work. It’s the not having to check anything at the door. It’s not having to really think about “should I voice this opinion or not.” Absolutely, everyone needs to think about the way they voice their opinion, but we should be able to all express how we feel.

We have a lot of new cultures in our firm. For example, we employed quite a lot of people from the Philippines and other areas in Asia. Initially, it was quite difficult for the two groups to interact. I think there was a bit of hesitation and nervousness from a lack of knowledge on both parts of the culture and the hierarchy that they are used to. We tried to break this down by doing things like a Filipino day or evening, where the guys came in and they cooked their food for us, we played Filipino games, we watched some videos and they were so proud to share their culture with us. That alone has broken down so many barriers.

To me, this shows that education is a huge part of diversity and inclusion. It’s educating each other, and not just the various communities but also trying to facilitate an open and honest environment, where people can say, “What are my fears? What are my worries? What are my concerns?”, if that can be done in a safe environment people will speak up and educate each other intuitively. 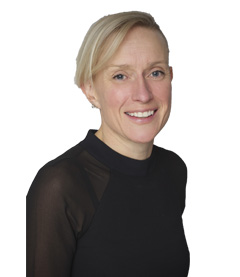